So here's the thing. The accounting and reporting on business combinations will never be mistaken for a good time hootenanny. However, such guidance – as established in ASC 805 and updated in ASU 2017-01 – is obviously an important topic and one in which your friends here at Embark have particular expertise. Therefore, in a somewhat atypical example of our financial largess, we thought we'd cut straight to the nitty-gritty, spare you a rambling introduction, and immediately start dispensing our wisdom.

ASC 805 is guidance on business combinations, providing guidelines on the accounting and reporting for transactions addressed under the acquisition method. Traditionally, ASC 805 has revolved around two central questions:

Long story short, the guidance focuses on whether or not obtaining control of a business results in a new basis. The acquiring company must recognize the assets and liabilities of the acquiree at fair value upon obtaining control. An acquirer obtains control by:

ASC 805 traditionally defined a business as a unit consisting of both inputs and processes that, when applied to the inputs, can create outputs. If certain processes are missing but the acquired assets and activities can still function as a business from a market participant's perspective, the guidelines view it as a business. For instance, if a reporting entity acquires a factory that is fully operational, including an organized workforce, that can plug right into its own shared services environment – including HR, IT, finance, and other critical departments – and start producing outputs, it's considered a business.

When FASB updated ASC 805 with ASU 2017-01, it didn't turn the guidelines on their head but certainly changed things enough for you to sit up and pay attention. Effective dates for the new guidance are December 15, 2017, for public entities and December 15, 2018, for everyone else, including interim one-year periods after the effective date for both. The updated guidance also permits early adoption. Although the principles underlying ASC 805 remain unchanged – whether obtaining control of the business results in recognizing acquired assets and liabilities at fair value – a handful of critical determinants have either been updated or clarified.

Specifically, the updated guidance now includes a preliminary exclusionary scoping step. Before determining if a set of acquired assets and activities are a business according to the revised guidance – we’ll get to that updated definition in a moment – a reporting entity must first determine if the entire fair value of the acquired gross assets is in a single identifiable asset or group of similar identifiable assets. If it is determined to be either of the two, the acquisition is not considered a business.

As for the revised definition of a business, while the acquiree must include at least one substantive process, the acquiring entity no longer needs to evaluate whether a market participant could replace any missing elements. The Board removed this requirement since the guidance now defines businesses and focuses analysis on the substance of what is acquired.

Basically, at the very least a business must include both an input and a substantive process that together significantly contribute to the ability to create outputs. The guidance relies on best judgment to evaluate when an input and substantive process work together to significantly contribute to the ability to produce outputs.

An acquired process or group of processes would be considered substantive in either of two scenarios:

Also, the revised guidance retains the concept of making evaluations on whether a set of assets and activities are considered a business from a market participant's perspective. For instance, the acquiring entity's particular planned use of a specific set is not a determining factor in evaluating if it's a business or not.

The updated guidelines have also changed the concept of outputs, now more closely aligned with the new revenue standard, ASC 606, and a focus more on revenue-generating activities. As such, the Board was concerned that the current definition and its emphasis on the ability to provide a return could lead to any form of return being considered an output. For instance, lower costs resulting from the use of a new machine could create higher returns.

While the previously stated examples of the differences between ASC 805 and the updated guidance are important to understand, not everything has changed. Formation of a joint venture is still not considered a business combination since the two entities share control. The same can be said for a combination of entities under common control as well as those involving not-for-profit organizations.

Like we said, our discussion of updated guidance regarding business combinations wasn't exactly light and breezy. In this particular instance, laying it out for you without our typical flair for the absurd or surreal just seemed appropriate. As always, you can rely on Embark for financial wisdom, even when we can't sugarcoat it as much as we might like. 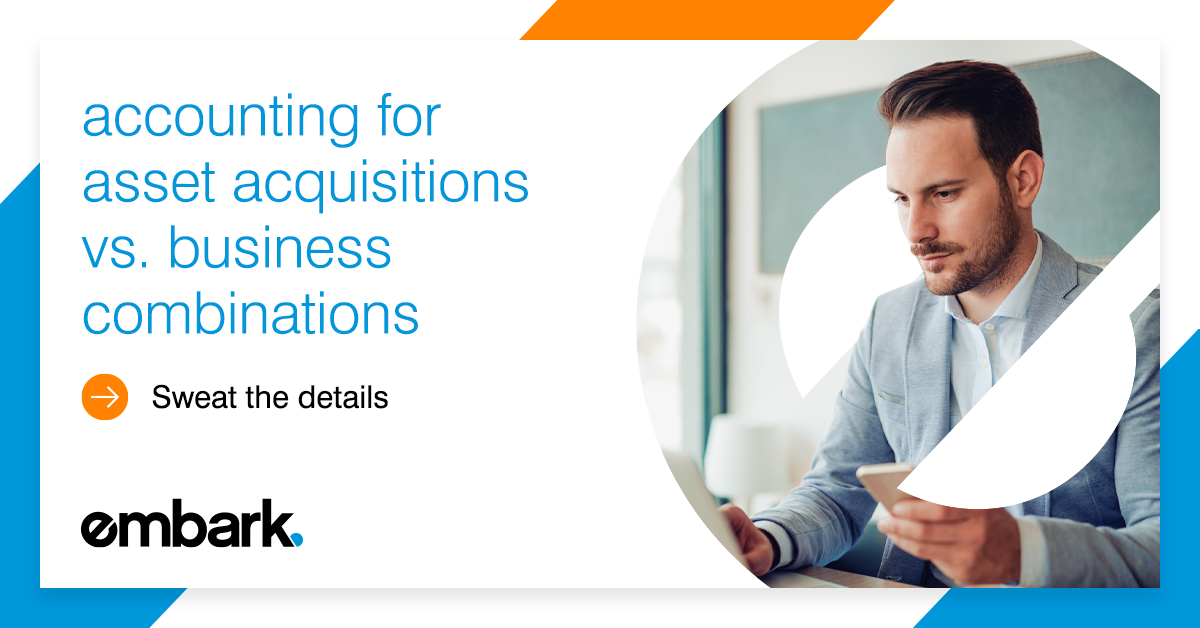 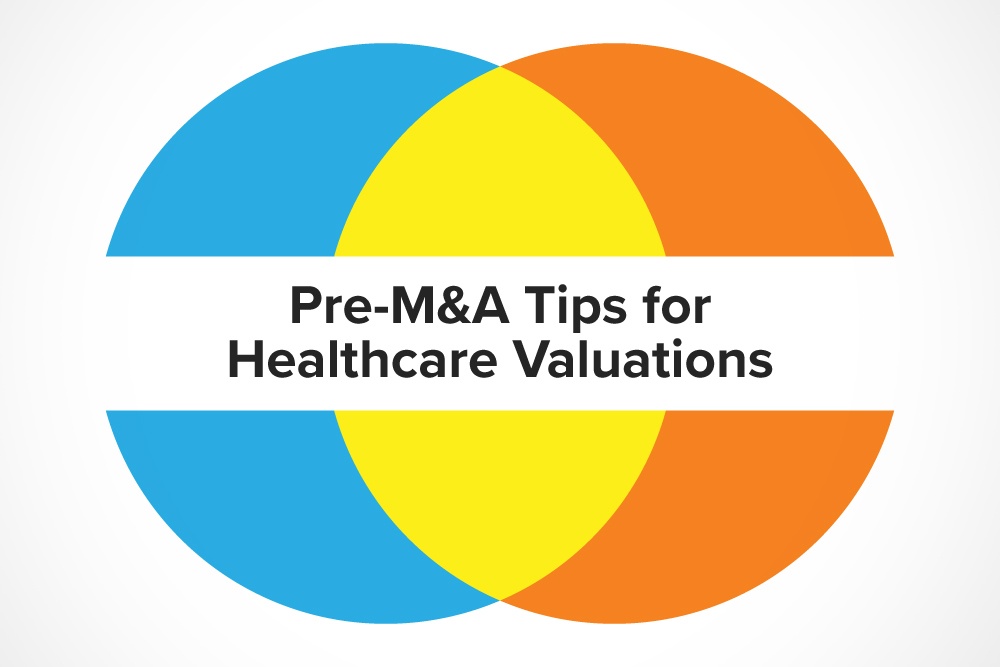 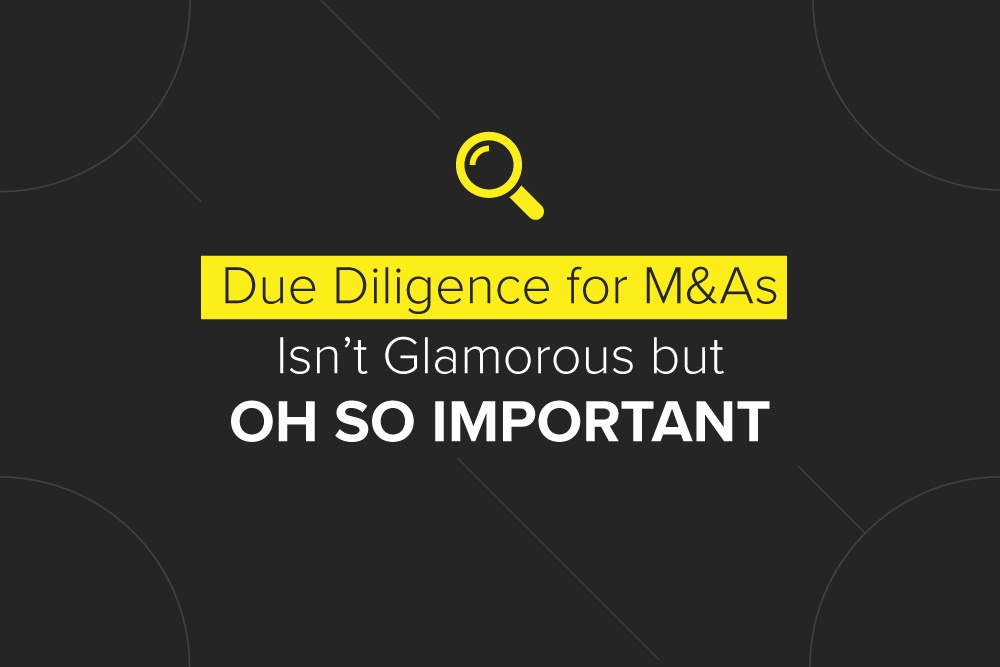