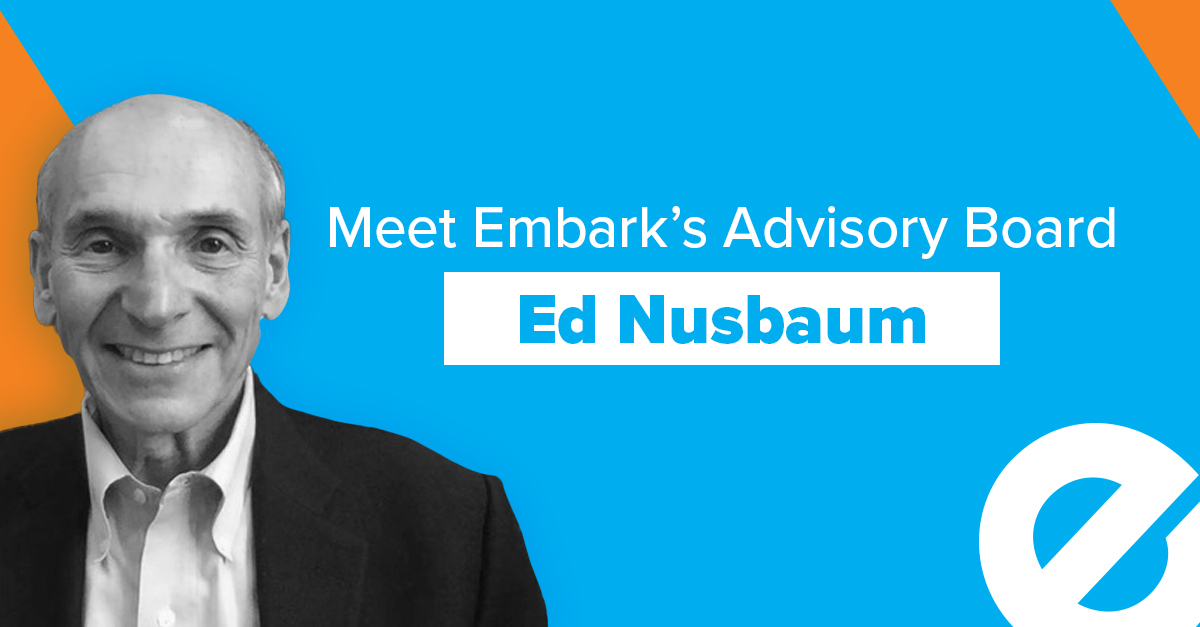 Time begets experience. Experience begets success. And success begets smiling clients, employees, and stakeholders. It’s a critical mantra that requires equal parts patience, attention, and vision, and just so happens to be the philosophical foundation of our advisory board.

And you needn’t look any further than Ed Nusbaum, an Embark advisory board member that’s reached rarified corporate air during his remarkable career, to see that philosophy pay some serious dividends. So let’s take a closer look at Ed’s background, the countless lessons he learned throughout his 40 years at Grant Thornton, and what he brings to Embark as we continue our stratospheric trajectory.

Ed hails from Big 10 country, earning his BBA from Ohio State and MBA from Purdue. Straight out of grad school, he immediately joined Grant Thornton’s audit staff in Chicago. Little did he know this entry point in the firm would prove to be the first rung of a ladder that rose all the way to the top.

But first things first. Ed put in his time and worked his way up the ranks, eventually becoming an audit partner, serving client accounts and pitching in with the quality review process. After a few years, Ed found himself wanting to segue over to the technical side of the fence, so he moved east, joined Grant Thornton’s NYC office and, in keeping with his consistent rise up the charts, eventually became national head of audit.

From there, Ed moved on to become the Philadelphia office’s managing partner, where he learned how vital interaction with the community is, driving the firm, its people, and the city itself. That’s a lesson he continually built on, recognizing the symbiotic relationship between a business and its surroundings, how people, culture, profits, and growth are essential ingredients to building a successful, enduring organization that evolves and adapts.

Given that Ed became US CEO for Grant Thornton soon thereafter, increasing annual revenue from $350M to $1.1B over his nine-year tenure, he was obviously onto something. Extending that success, Ed was named global CEO of the firm in 2010, spearheading Grant Thornton’s massive worldwide expansion by growing the global workforce nearly 70% across seemingly every corner of the world, all while continuing to drive record revenue growth.

Granted, we skipped a few stops in that swift rundown of a four-decade career, but you get the idea. Ed has collected bits and pieces of wisdom from every level of a successful global corporation, through good times and bad, and ultimately used those lessons to steer the very ship that taught him to sail in the first place. Now that’s what we call 40 years well-spent.

The Biggest Lessons Don’t Come From a P&L

Of course, Ed is rightfully proud of the financial success he drove at Grant Thornton, especially since much of it occurred during the global financial crisis just over a decade ago. But when you talk to him about his years leading the firm, he usually focuses on the more nuanced lessons he learned. And there’s a particular story from his Philadelphia days that demonstrates exactly what we mean.

Ed coached his daughters’ softball teams when they were growing up. Now, since practices and games don’t exactly adhere to a business-friendly schedule, Ed found himself in a bit of a pickle. Given mid-afternoon traffic in Philly, he’d have to leave the office early to get to the fields on time, leaving him with a decision – should he try to sneak out of the office without anyone seeing to avoid setting a bad example?

You’ll note we italicized “bad example.” That’s because we wanted to draw your attention to that seemingly benign two-word phrase. Because, at least according to traditional corporate ideals, leaving the office early to coach a softball team probably isn’t a great idea. You know, due to productivity and all that. But let’s take a step back and really define what that means, just as Ed did a couple of decades ago.

Should putting your family ahead of a typical afternoon in the office ever be considered bad? Don’t we want well-rounded people driving our business forward, that integrate work and home into a seamless and satisfying life?

That’s what we preach every day at Embark. And, not coincidentally, it’s also what Ed chose for himself, his family, and his people. In fact, the way he saw it, he was setting a good example by walking out the front door and announcing he was leaving for softball practice. He wanted to let his people know that they come first. To humblebrag for a moment, that’s exactly why both Embark and Ed are – in the best of ways – outliers in this industry.

Building on a Shared Perspective

Obviously, we share a unique perspective with Ed, making him a perfect fit for our advisory board. We’re two sides of the same coin where, going back to that revealing little softball anecdote, our people come first. And always will.

But therein lies the misalignment between much of the marketplace and the collective workforce. Happy employees do better work, and better work creates satisfied clients. Seems pretty straightforward, right? So why does it still seem like such a contrarian view, at least relative to the typical workplace?

That’s a topic we’ve discussed in the past, and will continue to be the centerpiece of our operations – people, culture, and leadership. Mix in innovation and technology, the relentless pursuit of excellence in everything we do, and let sound decision-making based on real world experience take it from there.

Ultimately, if you spend five minutes with Ed, you’ll see just how well his thoughts on leadership mirror our own. And needless to say, that’s what makes him such a valuable member of our advisory board and the Embark family in general. With people like Ed helping to ensure we stay the course while preaching our value proposition from the mountaintops – The best talent + happy people + innovation = elated customers – our future will indeed remain blindingly bright. 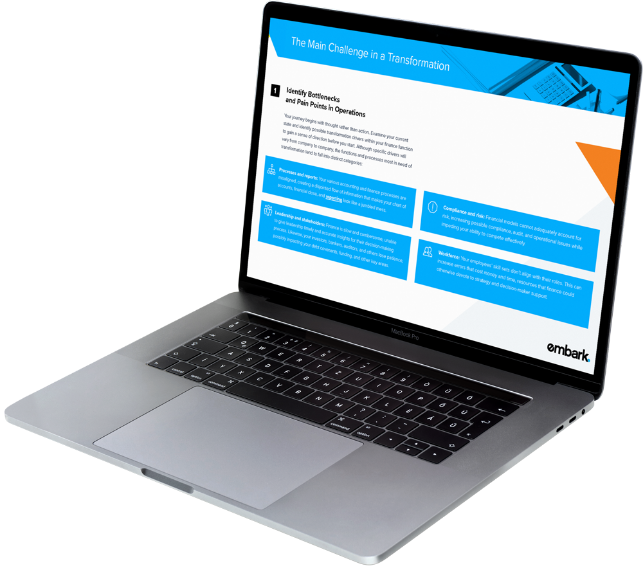