Leases come in all shapes and sizes. Some are as plain vanilla as, well, vanilla. Others have many moving parts and lease assets, making them more complex and requiring additional attention and care to avoid angering the accounting gods. And as we all know, angering those accounting gods is tantamount to a Yankee playing for the Red Sox, or vice versa. Yes, it might have worked for Babe Ruth, but time’s change, our friends. 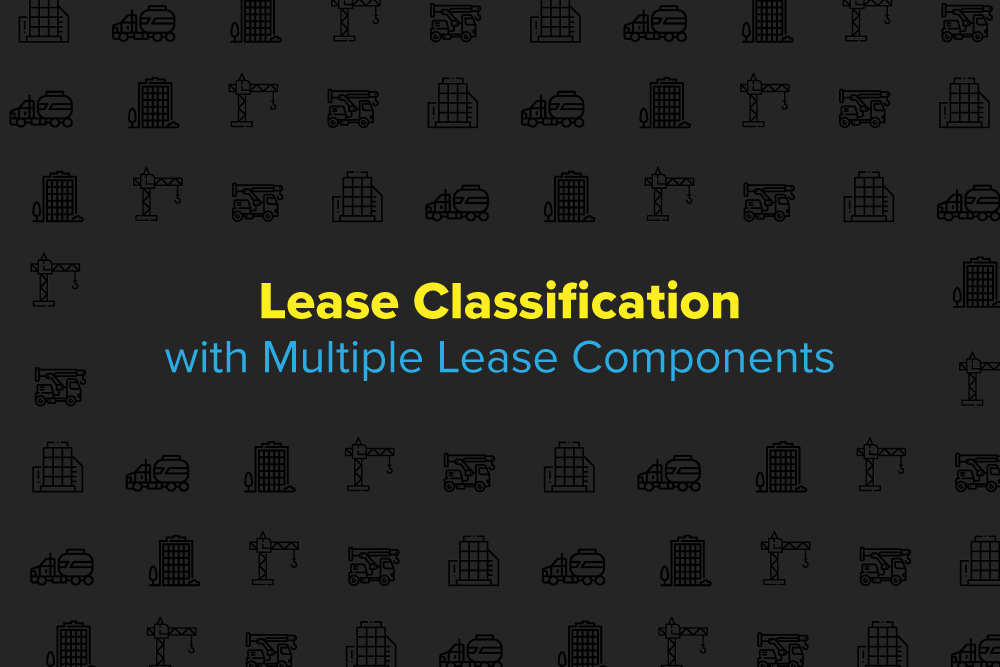 For instance, in real estate accounting, a capital lease might include land, multiple buildings, equipment, and a host of others that muddy the lease waters, causing accountants to drink unhealthy amounts of coffee as they try to classify each correctly. Of course, such a notion doesn’t exclusively apply to capital leases but, like it or not, capital leases can and do have multiple components as well. Fortunately, your friends at Embark have a few sage words to impart on the subject, clear those muddy waters, and keep you on the right side of those vengeful accounting gods.

No matter the type of lease, the new guidance is quite clear on the criteria used to determine if a lease contract includes multiple lease components. Specifically, if both of the following are met, then you should consider the right to use an asset as a separate component:

For example, let’s say a construction company leases a jackhammer, air compressor, and tile saw from a lessor that routinely leases and sells that same equipment to other companies. In this case, even though all three tools were leased together, the lessee determines the rights to use the machinery constitute three separate lease components because:

Let’s say a lessee is leasing both land and a building. While instinct might tell the lessee to treat the land and building together as one unit, the new guidance begs to differ and states the land must be accounted for as a separate lease component, even if the criteria above for separating lease components are not met. The only caveat is if the accounting effect of doing so would be insignificant, but that very word is inherently vague in its own right. While the guidance doesn’t offer much direction in defining insignificant, the lessee in this case should determine the relative significance by separately assessing the following:

In our example, if the lessee determines that both the land and building components would be considered operating leases over the same lease term if accounted for separately, then the lessee can reasonably conclude that the difference between accounting for them separately and together is insignificant and, therefore, account for them as one.

Also, our lessee can still use the 25% threshold as spelled out in the previous guidance in ASC 840 as a very general rule of thumb, but should in no way take that threshold as gospel. In our case study, even if the land is 25% or less of the total value of the lease property, the lessee should still use all known and relevant facts and circumstances to determine whether the accounting effect of treating the components together is insignificant.

Let’s say the lessee used the 25% threshold from the old guidance as an absolute rather than just another data point, finding the land falls within the threshold. If the lessee then accounted for the land and building together but cannot substantiate insignificance as discussed above, there’s an excellent chance the oft-mentioned accounting gods would attack the resulting financials with fire and fury.

We’d be remiss if we didn’t at least mention nonlease components which, generally speaking, is an items or activity that transfers a good or service to a customer. This does not include administrative tasks and reimbursement or payment of the lessor’s costs. Using our construction example, assume a maintenance service on the tile saw exists that replaces wiring after routine exposure to moisture. That service is consumed by the customer and bundled into the original lease and, therefore, would be considered a separate nonlease component since the performance of that maintenance transfers the service to the customer apart from the right to use the asset.

We understand that a lease classification with multiple components might seem a bit heady at first glance, so we recommend you start by arming yourself with the information needed, especially in light of the new lease accounting standards from ASC 842. Our previous guides for lessees and lessors will give you a much better view of the lay of the land and, more importantly, a valuable sense of direction when dealing with complex lease structures. Similarly, our Lease Classification Template walks you through the testing requirements and provides you the pertinent sections of the new standards as you go. It even discusses intersections with the new revenue recognition standards along the way.

As you go through the new guidance as well as Embark’s guides and template, remember, that a practical expedient exists for the transition between ASC 840 and 842 that can simplify things for you when appropriate. If elected, this expedient allows an entity to keep its classification conclusion and applies to all comparative periods presented, if applicable. The previous classification is retained, not reassessed, after the effective date unless the lease contract is modified.

From a procedural perspective, make certain your lease data is well-organized and structured to maximize clarity. The right software can be a lifesaver when your lease accounting has many moving parts, aggregating the information and revealing the proper steps to take when, in this instance, classifying multiple lease assets in a capital lease. LeaseAccelerator, for example, is a platform that is both straightforward and powerful in demystifying the many nuances of lease accounting under the harsh gaze of ASC 842. It helps you stay organized, integrates real-time data, and efficiently guides your actions as you navigate through the often complicating lease accounting waters.

Simply put, taking a fully informed approach that utilizes new technologies in the accounting space can mitigate the caffeine dependence running rampant in your accounting department while also satisfying the accounting gods. Stay vigilant, always check the guidance rather than rely on your instincts, and rely on your friends at Embark for more wisdom as you go.

Embark’s Insight on ASC 842 and Operating vs. Capital Leases 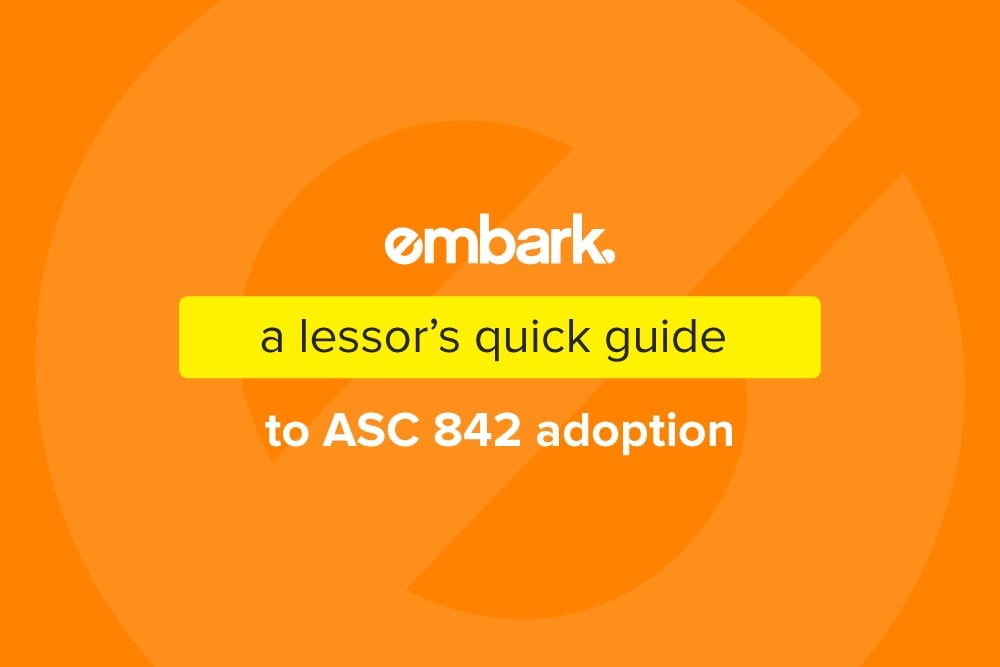 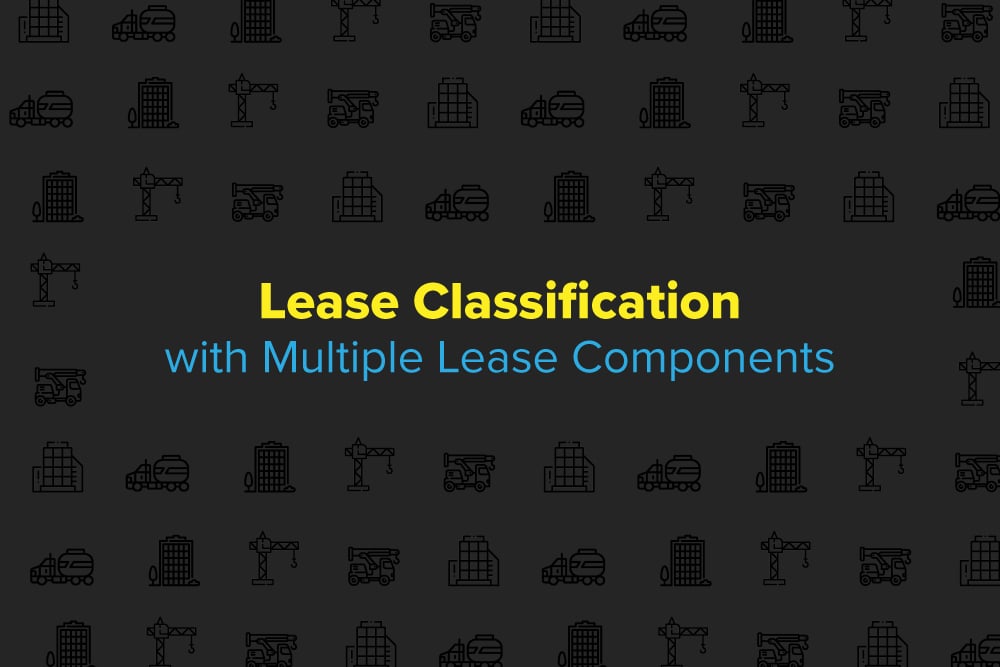