Robots get a bad rap. Turn on the TV and you’re bound to see something about them trying to take over the world and weed out us silly humans, all while pontificating on the shortsightedness of humanity, and blah blah blah. Reality provides a much different narrative of our robotic friends than the second act of a ham-fisted sci-fi action thriller, a notion that business professionals the world over should be glad to hear. 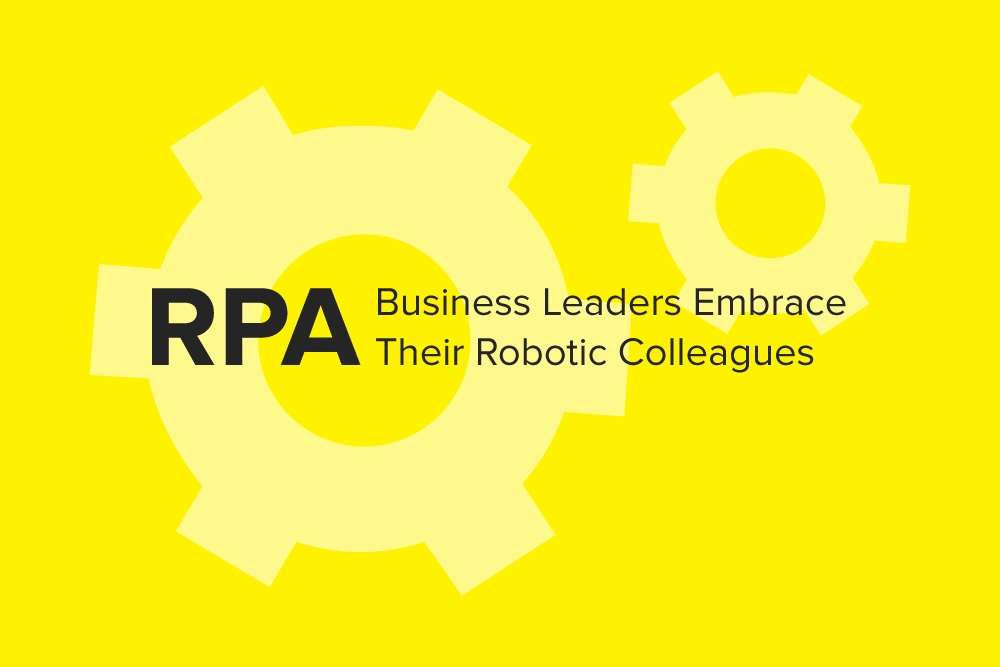 In fact, let’s narrow our focus and concentrate on the impact robotic technologies are having – and will have – on finance rather than drifting off into cyborg-driven fever dreams as we at Embark like to do. In the many different business-related corners of the technological landscape, Robotic Process Automation (RPA) is the grounds for much binary-fueled speculation and misinformation.

As you might have guessed, Embark has heard the inaccurate, overly dramatic stories of RPA driving varied organizational departments to extinction in the not-so-distant future. For that reason, we thought it only right to dispense more of our sage – and accurate – wisdom on the topic. Don’t fear the robots, our friends, because they’re here to help you perform your job at even higher levels.

So What Exactly Is This RPA We Speak Of?

RPA uses macro-based robots, commonly referred to as bots by the cool kids, to automate transactional processing and data analysis, operating just as a human user would, just more efficiently and accurately. Along the way, RPA enhances communication between workers, teams, and departments across different systems to minimize the negative impact of information silos.

Robots can take over many of the tedious, repetitive processes that make transactional staff want to drive their heads through perfectly good drywall. By using multiple bots, companies can create an entirely automated middle or back-office that requires very little human interaction. At its core, RPA strives to mimic human performance of high volume, manual tasks at a far quicker pace and with fewer errors, able to interact with a specific user interface, or UI, – just like a human counterpart. Bots don't require integration with other systems, applications, or tools to function.

RPA is used to streamline various repetitive processes at a fraction of the cost of a human worker – sometimes as low as 10% of their salary. After implementation, these workers can then be used elsewhere to work on other, more meaningful tasks. In other words, RPA isn't a sign of the apocalypse, doesn't involve walking, talking robots or even physical machines that process paper. RPA isn’t overly complicated, can work flawlessly on specific designated tasks without a million moving parts, is user-friendly, and won't grow self-aware to ultimately enslave humanity. It's a win-win situation.

What Are the Benefits of RPA?

First and foremost, RPA is a money saver, capable of cutting costs by as much as 75% while improving accuracy by reducing human error. As an example, take the countless legacy systems that still litter the business landscape. Theoretically, it would be wonderful to put them out to pasture and strictly rely on cutting-edge platforms but, of course, that isn’t possible.

Those old systems are still vital to businesses of all shapes and sizes. Their inability to integrate easily with modern systems, however, makes data migration a manual, laborious effort that is susceptible to human error. RPA can be tasked with that repetitive, monotonous data migration without making mistakes while also freeing up valuable time for staff. In short, RPA can work faster and far more accurately while also giving business teams the opportunity to focus on higher value responsibilities.

Likewise, RPA shines when applying analytics to evaluate big data. This ability can be extremely beneficial to a company by cleaning up, standardizing, and processing data across an entire organization. In practical terms, RPA could be used to quickly determine P&L by enterprise, business units, or virtually any other useful category and analyze all of the contributing factors that would otherwise be outside of the enterprise purview (i.e. customer trends, social media influence, correlation with other products, etc.). A correctly implemented robotic ecosystem could efficiently connect the myriad of dots involved in global trading, internal controls, accounting, finance, risk management, and more – in far less time than a human counterpart.

When to Use RPA?

Of course, no two processes are alike, so some are better suited for RPA than others. Companies can derive the most benefit from RPA by implementing it in high-volume, tedious, or repetitive tasks. Since the technology is system agnostic, there's no need to replace ERP platforms or other applications merely to suit a bot.

If a company doesn't want to employ a full-scale implementation, RPA can be used to automate a particular process, or sub-process, rather than an enterprise-wide integration.

As you might've guessed, Embark knows its way around the latest and greatest RPA technology and can help determine where it would fit best, redesigning and optimizing the processes before programming the bots themselves. Once the processes have been redesigned, the bots can either work autonomously or under the supervision of a team member.

Where Should You Start?

The first step in a successful RPA implementation is to bring in a Digital Finance expert like Embark to assess where the technology would be most useful for your needs. We document the processes and business requirements, re-engineer them for optimization, and make recommendations to ultimately implement the technology based on where RPA would provide the most return on investment.

For a bot to be most effective, data must be neat, structured, and organized. Messy data isn’t good for anyone, our robot friends included. Also, implementing a center of excellence, like a command center for the RPA environment, allows bot governance and helps maintain quality. Embark can cleanse data beforehand to help ensure a sound, clean slate that will maximize a bot’s effectiveness.

Obviously, RPA isn't utterly devoid of human interaction. In other words, don't expect to replace your five-person AP team with one bot. While RPA might be able to accomplish the majority of the tasks in the process, it could still very well be necessary to have a person overlooking everything or performing the more subjective approvals. As the technology currently stands, it's important to have realistic expectations and not expect RPA to reinvent your internal processes overnight.

However, to yield the most impactful results from the technology, RPA can be combined with other solutions – including natural language recognition and processing, machine learning, or other forms of cognitive computing – to potentially automate entire processes, even more complex ones. Companies can scale this type of comprehensive solution that involves multiple technologies according to their specific needs, both present and future.

What Does RPA Mean For a CFO?

Although RPA was never meant to reinvent the business wheel, it can undoubtedly streamline processes and serve as a good starting point for a company to begin experimenting with new digital solutions. It allows organizations to minimize susceptibility to human error by automating and standardizing routine transactions, thereby freeing up resources to perform higher value activities. Not to mention the barriers to entry are very minimal.

Those increased available resources are what makes RPA especially beneficial to a company and its workforce. While at first glance, it might appear as if the goal of the technology is to replace large portions of an employee base, this is very much an instance where looks can be deceiving. In reality, RPA improves team morale and better utilizes the skill sets of those on the team team, allowing each individual to focus on their strengths and add the most value to the organization. RPA works best by working in conjunction with a workforce, not by replacing them.

Furthermore, with shortened implementation cycles and increased scalability – particularly concerning ERP overhauls – RPA can significantly improve ROI and payback periods. If you're a CFO interested in streamlining processes with new tools and technologies, RPA might be a good fit for you and your organization as you search for different tools and technology that can foster future growth.

No good thought piece is complete without a couple of brief case studies to really drive the point home. That said, Embark, always on the lookout for ways to help our financial brethren, has some insightful examples to demonstrate the benefits a company can enjoy by properly implementing RPA.

An IT and Business Process outsourcer in the UK was engaged to record all activities processed through its proprietary case management application for one of its biggest clients. While ordinarily a straightforward job, this particular client also required all data to be recorded within its own dedicated system as well.

Simultaneously recording the throughput across both platforms proved to be inefficient and time-consuming. Even worse, client restrictions prevented the firm from directly connecting the two systems, so the only immediate solution was to migrate the data manually. Through a combination of temporary staff and re-assigning existing team members from other duties, 12 employees had to rekey the records between the systems manually. As one might guess, this process proceeded at glacial speeds and created a massive backlog of cases waiting to be migrated and updated.

In search of a more efficient solution, RPA technology was used to create virtual workers that could replicate the data between the separate platforms, completely replacing the temporary 12 person staff with just two bots. Since the RPA solution was able to work around the clock, any negative impact on the customer base was held to a minimum and the backlog of cases quickly processed. All told, the significant reduction in labor costs by replacing the temporary staff saved the client over £200K in their first three months of operations.

At a recent conference of Australian and New Zealand banks, one of the region's largest banks detailed how they have successfully integrated RPA into their operations. Given the high-volume, rule-based work that can be extremely repetitive and tedious in nature, robots have proven to be an ideal fit for their back and middle office centers, making operations far more efficient and accurate in the process.

Since the bank was new to RPA, they started the implementation slowly and deliberately, initially using just a single bot within their lending operations. With almost immediate success, however, the firm quickly integrated bots into their finance, HR, payments, and mortgaging processing teams as well. The bank was able to decrease the number of employees within their payments area from forty to three, allowing those reassigned workers to concentrate on other, more value-centric tasks while also enhancing cost and resource efficiencies.

No matter the size of the firm or industry served, RPA is only useful when correctly implemented. Embark can help you make the most of this transformative technology, allowing you and your team to add the most value to the organization, increase morale, and work more efficiently and accurately than ever before. Contact us today and see what expertly designed and implemented RPA can do for you and your bottom line. Don’t fear the robots. They come in peace. 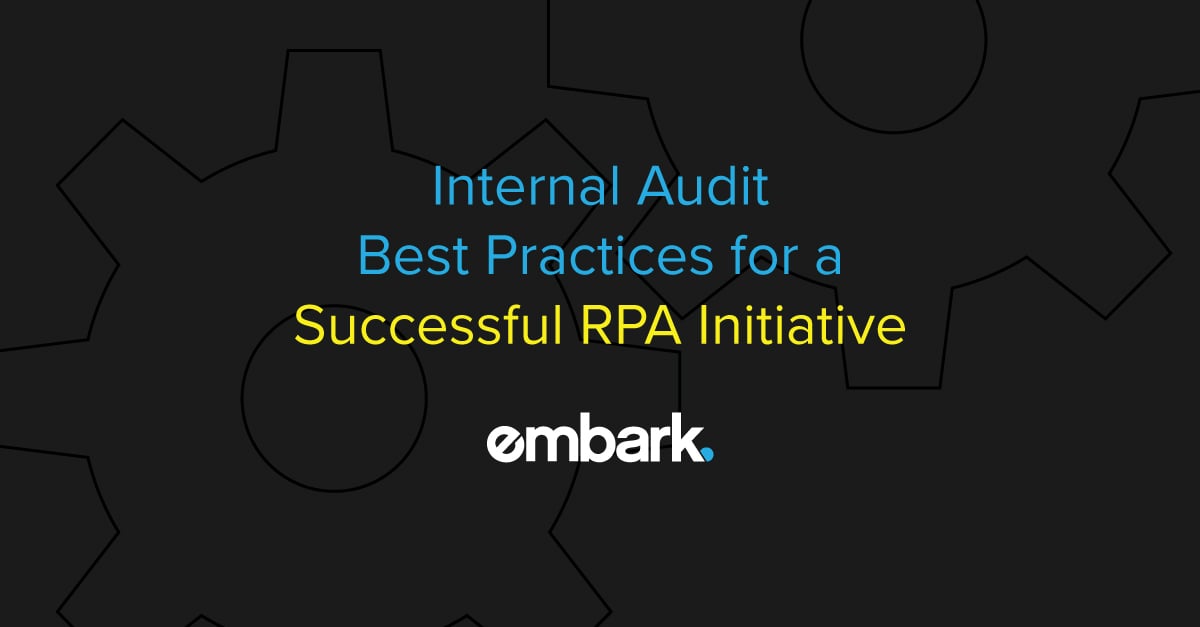 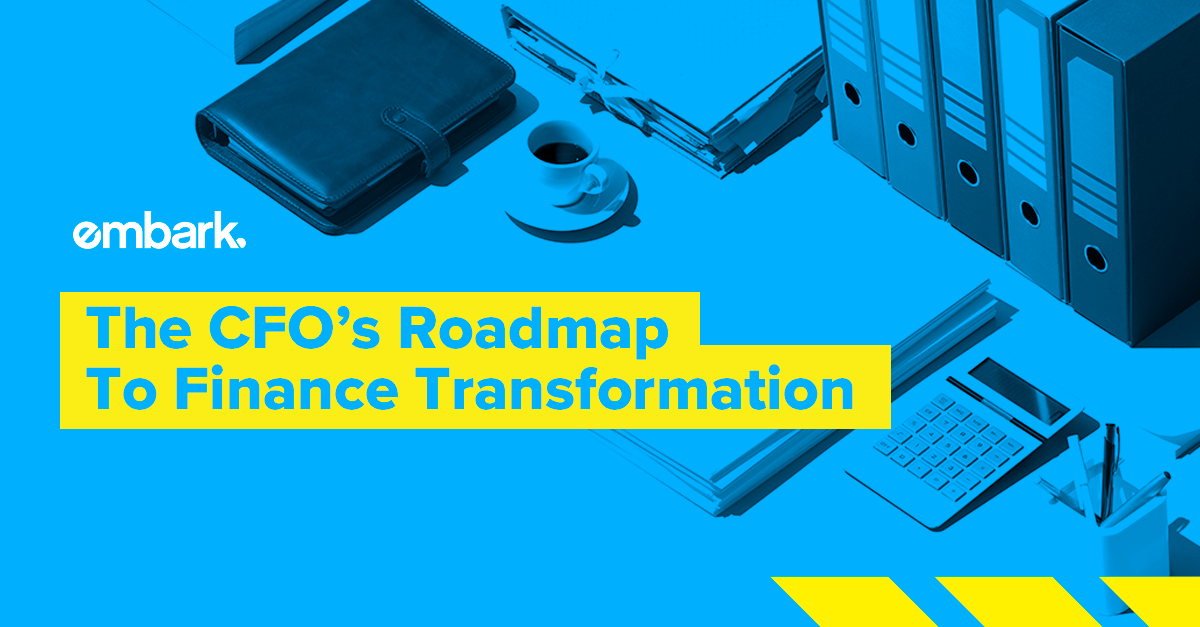 The CFO’s Roadmap To Finance Transformation