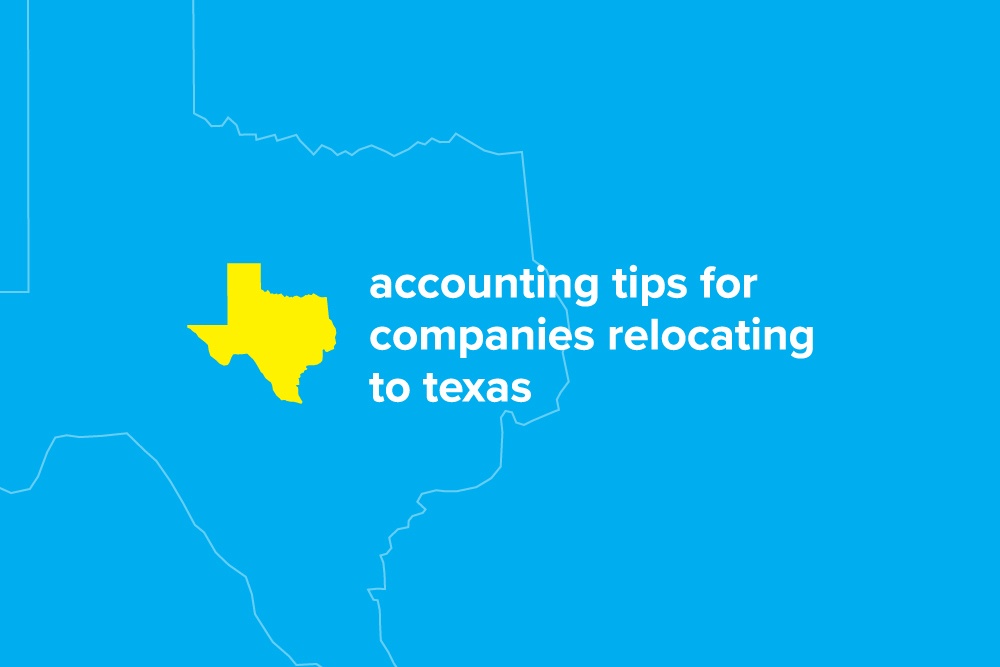 It would be unfair to the fine citizens of the Dallas-Fort Worth area to say that DFW is suddenly the belle of the industrial ball when, in fact, the region's methodical climb towards the top of the economic food chain has been a steady one, just accelerating over the past handful of years. 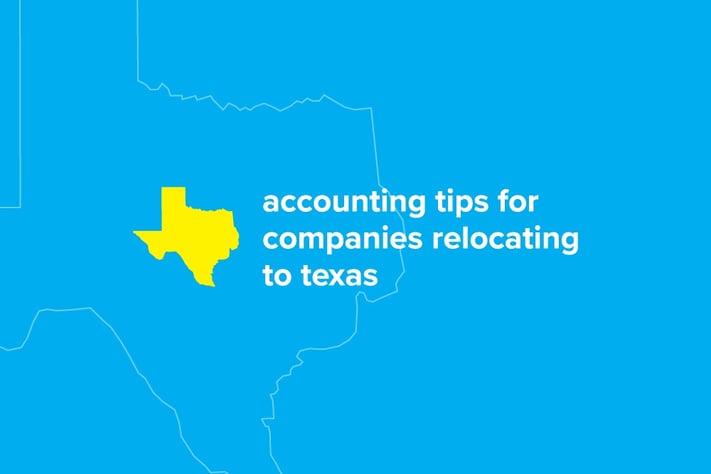 Although still not quite sharing the same rarefied air as the likes of Silicon Valley or the DC corridor, the vast economic expansion seen throughout the region can present issues for companies moving into the area to take advantage of the rapid growth. At Embark, we have a few best practices for companies moving to DFW to help streamline the transition from an accounting perspective.

With major corporations consistently moving to the region, a distinct ripple effect is being felt throughout the local job market. Toyota personifies this notion by moving nearly 4,000 jobs from its former headquarters in Torrance, California to Plano over the next couple of years. Likewise, J.P. Morgan Chase is in the process of moving 6,000 workers to its new office campus near the southwest corner of the Dallas North Tollway and State Highway 121. Facebook is making a similar move, building a new data center in Fort Worth that is currently the largest construction project in all of North Texas.

Obviously, Toyota, J.P. Morgan Chase, and Facebook largely represent the many faces of large Corporate America. With not only a willingness to move to DFW but actively undertaking significant construction projects to facilitate such moves, the region’s labor market is rapidly transforming to meet the new demands.

Where Do You Want to Be?

For companies looking to make a similar move, you want to take a procedural approach that is well-organized and methodical in nature. First and foremost, identify where you can locate your firm so you have the most access to talented employees. Once you have identified those areas, find a location that is centralized to your desired employee base and analyze how a move to the new location will impact your existing people, particularly if moving from an entirely different state.

You will want to be as meticulous as possible with your analysis, taking into account such factors as local costs of living, commute times, and a variety of other factors that can significantly impact your workforce’s quality-of-life. For instance, you should understand that someone living in downtown Dallas will not want to work in Fort Worth.

If you fail to take such factors into account, you could very well lead to a distraught employee base that will negate any financial benefits you gained by moving into the region in the first place. Unhappy workers directly lead to a lack of productivity that will negatively impact your business sooner rather than later.

Moving shop to an entirely different area will always entail some bumps in the road – whether that move is to DFW, Sheboygan, or Alpha Centauri. That doesn't mean, however, that those bumps need to rattle you to your corporate core. For example, a recent Embark client moved to Texas about a year ago to take advantage of the aforementioned economic expansion. Instead of appropriate office space or local networks as the most significant obstacles, the company's biggest issue – by far – was a lack of people. With only a portion of their employees migrating to the new location, new staff in Texas was quickly needed, particularly in accounting since a large portion of their team chose not to make the move.

If you're at all familiar with Embark, you probably already know exactly where the story is heading. Embark helped bridge the gap in their accounting department until they could get their headcount back to functional levels. Given the often laborious, drawn out recruiting and onboarding processes, the client knew that an effective stopgap measure was needed to shore up the obviously important accounting team.

Of course, when such a move is made, resulting issues aren’t just a matter of losing numbers but, perhaps more importantly, losing the historical and often specialized knowledge base that those lost employees possessed. To mitigate the negative impact of such circumstances, you need to have a transition plan in place.

Obviously, in an ideal situation, the employees that possessed that specialized knowledge would make the move to the new location so, therefore, doing everything within reason to entice those employees to relocate will always be in your best interest. In the meantime, however, since business doesn't stop just because of your staffing issues, Embark can play an invaluable role in filling the gaps, helping to successfully merge old employees with new ones and maintain your accounting processes.

Moving corporate locations isn't just about staff deficiencies but about the physical move itself. Ahead of your move, you want to decide if it should take place in phases or all in one fell swoop. Also, you want to make special considerations for your technology needs – including computers, phones, monitors, network requirements, and others factors – so the transition is as seamless as possible between locations.

Office managers will need to make sure that a comprehensive plan is in place to have everything moved, all the way down to the last stapler. Furthermore, team leaders should take on at least a portion of the responsibility to coordinate when and where their team members will make the move. This, of course, should be accomplished in conjunction with office managers so the move is efficient with respect to the overall organization.

A specific but immensely important component of the move occurs strictly from an accounting perspective. Losing data or having extended periods where entire systems are down can be a truly catastrophic way for a company to baptize its new location. Your accounting team needs to address this challenge and have an effective plan in place well before the move begins. Above all else, however, heed this warning – do not lose data. This would be very, very bad.

An effective plan from your accounting team will ensure business continues to operate efficiently throughout the transition. Such a plan will account for any cloud services or physical server space that will be required in the new office. From an operations perspective, your accounting team needs to set a cut-over date where all business conducted after an identified date will happen in the new location.

You're Moving for a Reason

While the specific reasons behind your move are likely to be varied, the positive financial impact of moving to Texas is probably near the top of the list. That said, be certain to get your taxes in order or, more precisely, your new tax situation properly accounted for and captured. Have a plan in place that clearly spells out how taxes will transition from the old state to Texas and what the actual changes will entail.

Ensure your current tax team has an understanding of the specific tax laws in Texas and how to transition from your previous location. If your team is not equipped for this, we recommend outsourcing the work to a tax accountant with this specific expertise.

Depending on who your audit firm was at your former location, you may or may not retain the same firm. One thing is for certain, however – you'll definitely have a new audit team, likely a local one that might not have the same quality you're used to. For that reason, treat the initial audit with your new team as if you're doing a first year audit all over again, preparing yourself for the associated pains and processes involved. While the firm will probably transfer your information to the new team, that new team still needs to educate itself on issues, timelines, and other factors that are specific to you.

Of course, moving to an entirely new location can also be an ideal time to switch auditing firms. Whether you just want to try someone new or are looking for lower fees, your corporate move creates a good time to shop around. Embark can help you throughout the process, particularly if you don't have the people and resources in place to effectively complete the sometimes harrowing undertaking.

Aside from auditing issues, you also need new connections in a variety of different areas, including a knowledgeable and reliable tax accountant, valuation specialist, bankers, consultants for third-party functions, and headhunters to help you complete your staff.

Moving into a completely new and unfamiliar area is initially like being the new kid on the block. At first, you simply won't know the lay of the land or enjoy the comfort and convenience of familiar faces. While you can still rely on people from your previous location, some of the laws in Texas might be quite different so having a local network would ultimately be in your best interest, both now and into the future.

Embark understands the challenges of moving to an entirely new region like Dallas-Fort Worth. While the move can certainly pay off in both figurative and literal dividends, be certain to make the proper preparations so the transition between offices is as seamless as possible for both your employees and operations as well.