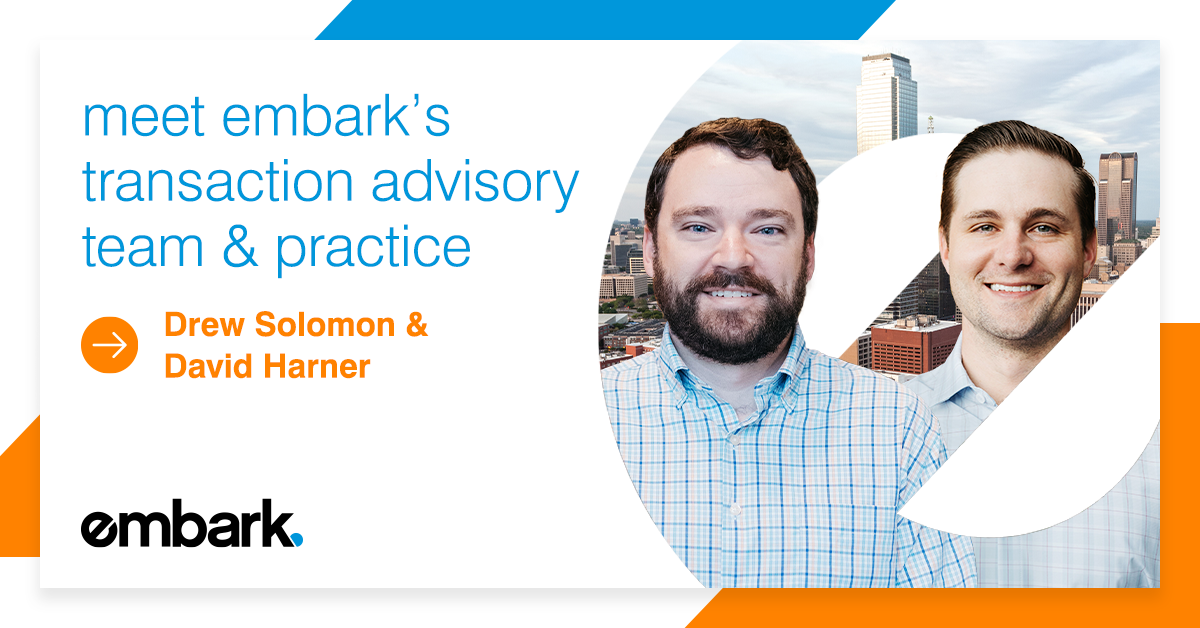 What happens when something pretty darn great manages to get significantly better? That’s a question companies big and small, public and private, are about to get an answer for as Embark officially rolls out our newly minted Transaction Advisory Services. And excitement doesn’t come close to capturing what we’re feeling right now.

Although we’re certainly not new to this side of the advisory services fence, there’s a difference between possessing a skillset and actually focusing on it. In that sense, rather than a QofE or due diligence report when needed, we’re making transaction advisory an official service line and devoting the necessary time, resources, and people for it to blossom.

And boy, is it going to blossom. Because like everything else we do, Embark is bringing its unique flavor and perspective to this new service line. That means our clients aren’t getting experts from a distance or a group afraid to get a little financial dirt under their fingernails. Quite the opposite, actually – our team prefers to roll up their sleeves and dive in headfirst.

From a practical standpoint, our process is much more hands-on and collaborative than most. If you’re a buyer that doesn’t understand the numbers, we’ll interpret them for you. Conversely, if you’re a seller with financial data spread out from your office to Timbuktu, we’ll get them straightened out.

In other words, at the risk of sounding a bit too Grapes of Wrath for the moment, whatever you need us for, we’ll be there. Are you a seller still operating on a true cash basis that needs to convert to accrual yesterday? We’re the team for you, even if that means drilling all the way down to the invoice level.

Embark’s Place in the Market

Of course, none of this is to say our team only works on the smaller end of the transaction scale. Far from it. Yes, our meat and potatoes will always be the middle market. However, as you’ll learn in just a bit, David and Drew have worked on hundreds of deals ranging from small, privately owned businesses to large publicly-traded companies.

And although we’re admittedly stepping into a market that isn’t lacking for advisory solutions, we still couldn’t be more optimistic about the future. After all, our secret to success has always been the combination of ex-Big 4 talent, an absolute commitment to our people, and unflinching hospitality toward our clients.

Naturally, these are all traits our Transaction Advisory Services team will embody, not to mention the cost-efficient pricing we can extend to our clients thanks to our agility and scalability. And speaking of team, let’s meet the two amazing new Embarkers spearheading our efforts.

As Transaction Advisory Service Leader, David will ultimately be responsible for the work across the practice. He comes to Embark after spending the last four and a half years in Riveron’s Transaction Services group. Before that, he worked in KPMG’s Deal Advisory practice, performing financial due diligence on both sell-side and buy-side private equity and strategic deals.

Across his career, David has worked on over 100 deals, ranging from established companies in multi-billion dollar transactions to start-up companies with negative EBITDA. He has experience in numerous industries, including manufacturing and distribution, technology, agriculture, financial services, retail, oilfield services, and more. And don’t forget, he earned his BBA and Master of Science in Accounting from SMU.

Drew is responsible for the overall growth and quality of the practice. And like David, he comes to Embark after nearly five years in Riveron’s Transaction Services group. Drew also spent eight years with PwC, focusing the majority of his time on private companies.

If you’re sensing some serious parallels between David and Drew at this point, you’re not alone. Like his counterpart, Drew also obtained a BBA and Masters in Professional Accounting, only as a mighty Longhorn from UT Austin. Professionally, he’s worked on well over 100 deals across the same variety of industries, with a particular focus on privately and PE-owned organizations.

Honestly, we could consume a far greater piece of the interwebs discussing David and Drew’s experience, expertise, and the perspectives they bring to our new Transaction Advisory Services team. However, for the sake of brevity, we’ll leave it at this – they are the perfect people for their roles and will build an amazing, people-centric team that wows clients with hospitality and specialized prowess.

We used a particular verb in that previous sentence – build – that really captures our thoughts right now. David and Drew are clamoring to build something lasting, to leave their mark on a group destined for great things. As a firm, we’re building our place in this competitive market by sticking to what defines us as a firm.

Culture, people, flawless hospitality, ex-Big 4 talent – those are the building blocks that have gotten us this far. They’re also the traits that will make our Transaction Advisory Services a rousing success, yet another critical component of a firm that hasn’t even hit its stride yet. Put another way, with Embarkers like David and Drew at the wheel, we have no doubt the best is yet to come. 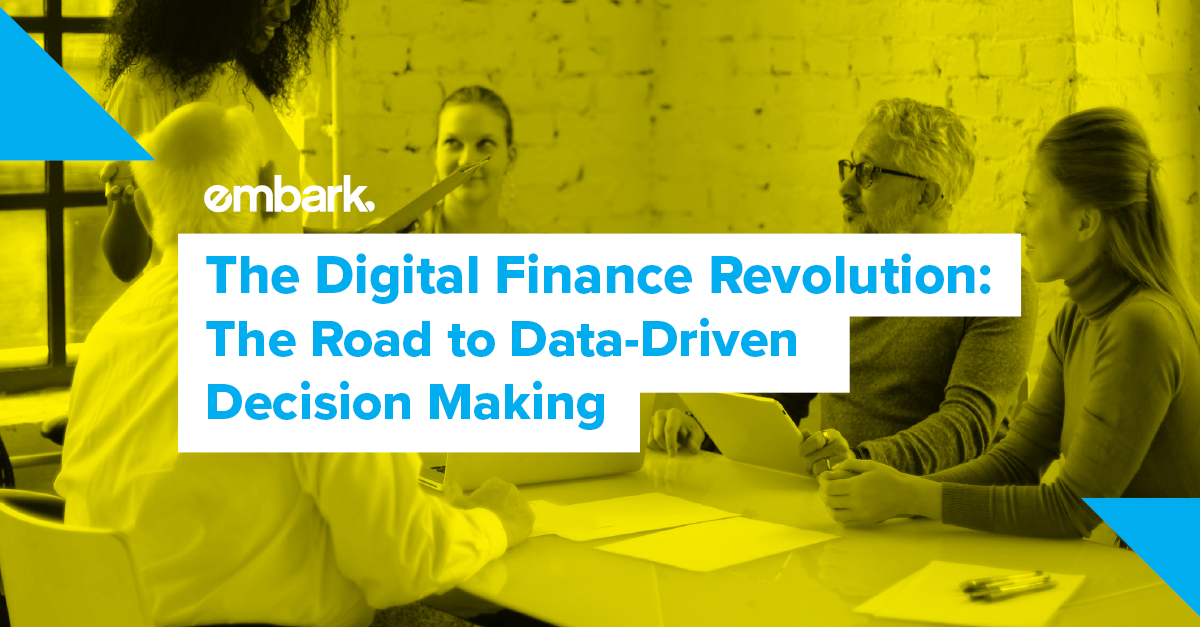 The Digital Finance Revolution: The Road to Data-Driven Decision Making