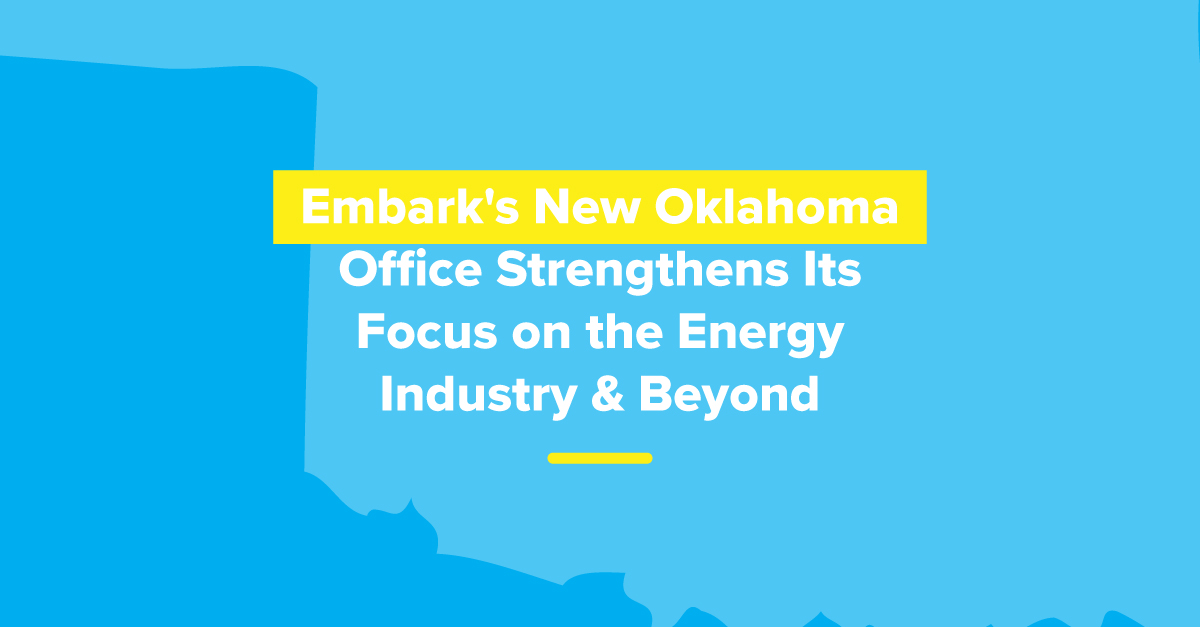 Sometimes everything just falls into place. What was always meant-to-be finally finds a footing and takes root. It's a notion we've proved time and again here at Embark, hitching our wagon to an absolute belief & trust in our talent and unique perspective on financial consulting. Our growth validates this model, allowing us to enter new markets, meet new people, and preach the Embark word to companies and regions thirsty for something new from this industry. Something better. It's those very dynamics that have just opened the front door and welcomed us into the great state of Oklahoma, and, in a surprise to exactly no one, the Sooner State already feels like home. 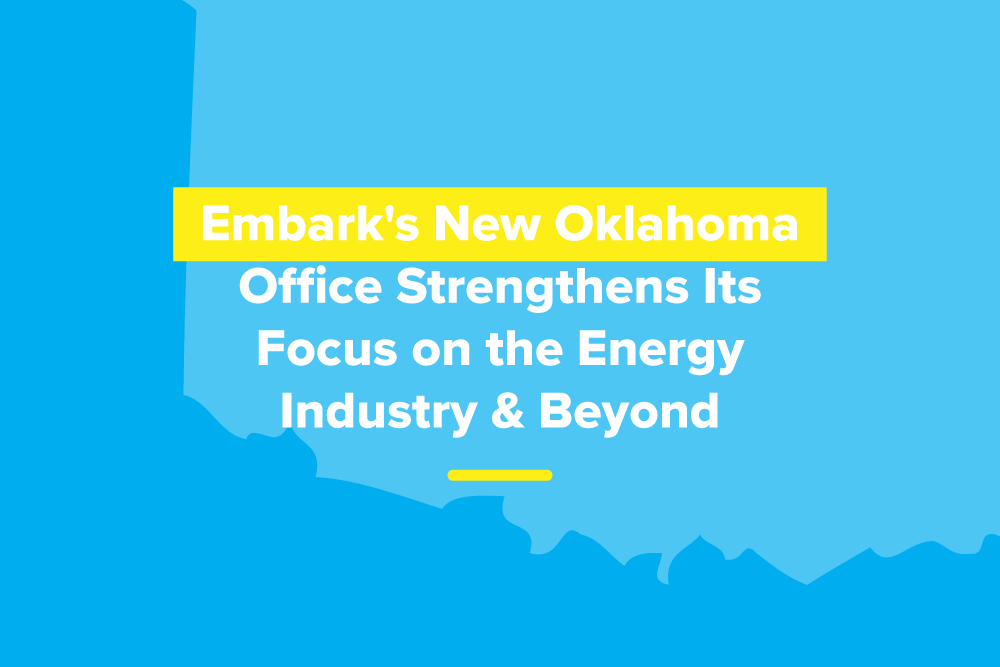 A Series of Most Fortunate Events

Embark has always had a special relationship with the Energy sector. Well, and Oklahoma itself. In fact, many Embarkers have roots in the land of the Sooner – or Pokes. But, as any Oklahoman will tell you, the state is more than just oil, gas, and football. It boasts a diverse business community, one where Energy might have the pole position, but several other industries enjoy its warm economic waters.

Suffice it to say, Oklahoma has been on our radar for many years. We've just been waiting for the right time and circumstances to dive into its pool. But as luck, fate, or sheer will would have it, those circumstances recently fell into place, and oh boy are we glad they did.

First, we met Robert Grisaffe, our new Market President for Oklahoma. The internet doesn't have enough bandwidth to house all of the superlatives we want to throw Robert's way – an Oklahoman for over three decades, immense Big 4 and Energy experience, technical accounting prowess, and, most importantly, a really great family guy drawn to our culture and vision.

And if Robert wasn't enough, we also met Drew Speakes, our new Senior Director in Oklahoma. Another born Embarker with an impressive Big 4, Energy, and technical accounting background, Drew and his family have always called Oklahoma home. Obviously, with talent and leadership like Robert and Drew in place, we had no choice but to open our newest office as quickly as possible. Because one thing's for certain – when an amazing opportunity knocks, Embark's going to swing that door open and give it a big hug.

Embark's not the new kid on the block anymore, but we're not a grizzled old veteran either. We've learned countless lessons in our roughly decade-long life, some rather small – always ask around before changing the cereal selection in the breakroom – while others are pretty big, though, and instrumental in shaping our growth.

As a firm that prides itself on always putting our people first, we haven't always been as diligent in immediately establishing leadership in a new office and market as we should have been. Now, we've long since righted those particular ships, but it's a notion that's become an absolute for us as we continue to expand. You can't put the cart before the horse, right? Well, with two thoroughbreds like Robert and Drew already in place, our Oklahoman cart is ready to go.

What the Oklahoma Market Means for Embark

And where exactly are those places we'll be going in the Sooner State? For starters, Oklahoma is obviously fertile ground for the Energy sector, a particular environment that Embark is already completely comfortable in. Sure, there's competition, but that's never dissuaded us before. And the fact of the matter is, Oklahoma is still an underserved market in most facets of the industry, with the possible exception of audit. That means there's talent, and lots of it, for us to rely on.

With Robert and Drew leading the charge, we're going to find Embarkers in that talent pool, the people that will propel our Oklahoma office forward. Yes, much of our attention will be on the Energy sector given our experience and expertise in the industry. But, as we said, Oklahoma and its neighboring markets have much more to offer than just oil & gas. In fact, given its proximity to Northwest Arkansas, our Oklahoma office will also serve as a strategic entry point to this growing and diverse market that just happens to include one of the world’s largest retailers and its endless economic ecosystem.

Between Oklahoma and NW Arkansas, we're going to shake lots of hands and get to know people from every corner of the market, lending our interstellar know-how and problem-solving skills to companies that want to not only succeed, but dominate. We want to help enterprises win the race rather than just finish it.

Is all of this going to happen overnight? Nope. But that's okay. Rome wasn't built in a day, and neither will our market share in Oklahoma. However, the most critical pieces are already in place, and, although each of our offices and markets have a unique character and persona, it's just a matter of time until our Oklahoma Embarkers make an indelible mark. Lindsey Marczewski, an Embark Senior Associate for two years now, has already joined the Oklahoma team, and provides it with an immediate infusion of talent and energy. And this, believe it or not, is just the start. It's only up from here, Oklahoma, so saddle up.