What is RPA and Is It Going to Take My Accounting Job?

As you already know, Hollywood would never lead you astray. With its shining moral compass that illuminates dark times like a beacon in the distance, accurate portrayal of people and events that are a perfect reflection of society, and flawless representation of technology and innovation, the movies provide us an unbiased textbook to ourselves and our world. Or not. 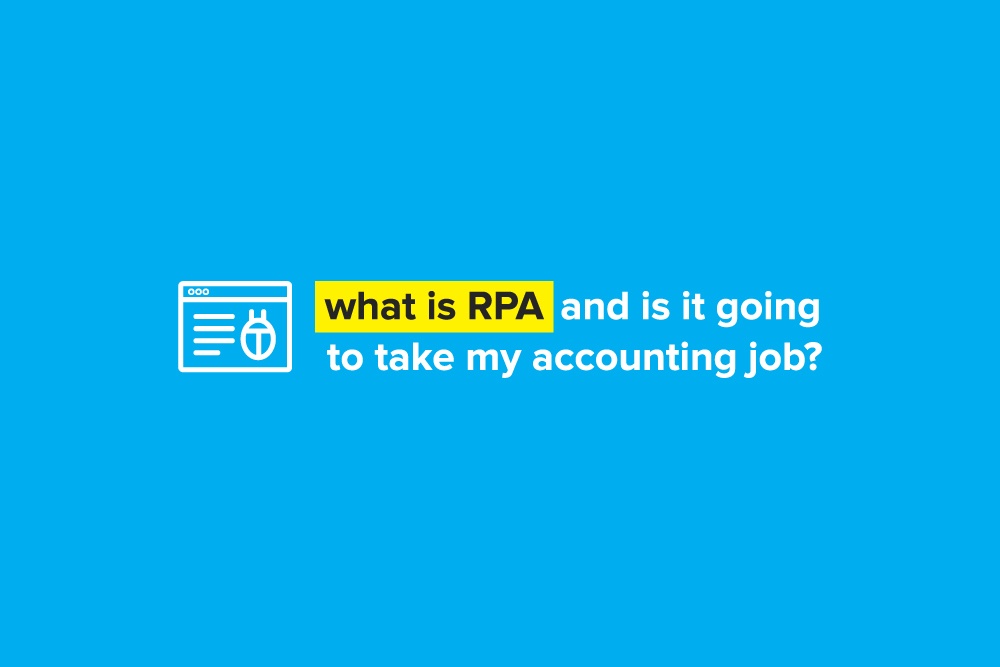 In fact, take a few moments to review whatever might be littering the silver screen at your local cineplex at any given moment and you're likely to see a wildly exaggerated portrayal – particularly with respect to technology – of humanity's inevitable doom. According to Hollywood, innovations like AI and assorted automated platforms will be the final nail in our collective coffin, relegating our species to a dystopian future filled with grayish, windswept landscapes that force humanity to subsist in the shadows like cockroaches after an asteroid impact.

While accountants aren't typically associated with such bleakness at the hands of the machines, a recent groundswell within the accounting ranks regarding the future viability of our industry and our beloved fellow accountants has lit a fire under Embark’s metaphorical backside, prompting us to throw in our two cents. That's right, the moment you've been breathlessly waiting for is finally here and Embark is now prepared to issue our dramatic official statement regarding robotic process automation (RPA). We hope you're sitting down right now because here it goes:

RPA is good for the accounting industry, not bad.

And there you go. We hope the earth is still spinning on its axis and the sun will rise tomorrow morning.

Look, technological innovation is inevitable in any industry – accounting obviously included – so it's pointless to fight the inevitable tide. However, it's also important to keep a level head about things and not inflate, conflate, and exaggerate reality. Truth be told, headcounts may or may not initially drop a bit once RPA is widely embraced and integrated into systems but, like most innovations, it will be much more of a practical and beneficial tool to accountants and other business practitioners rather than a replacement. That said, grab a cup of coffee – even make it Irish if absolutely necessary – as your friends at Embark explain this RPA hullabaloo and what it likely means for the future of the accounting industry.

What Exactly Is Robotic Process Automation?

In short, Robotic Process Automation is a type of software platform that operates as a virtual workforce and is controlled by a business operations team. The majority of the trepidation regarding RPA stems from its ability to emulate human performance of tasks through existing user interfaces. In fact, much of RPA's potential lies in its ability to seamlessly integrate into existing software architecture while still retaining the ability to capture and interpret existing applications, manipulate data, trigger responses, and communicate with other systems.

How RPA Will Impact the Accounting Industry

Suffice it to say, given the extraordinary efficiencies that Robotic Process Automation can lend to a firm, it's just a matter of time until it's the norm rather than an outlier. In fact, according to a recent poll, nearly 53% of organizations plan digital controllership improvements – including process automation, analytics, and other financial and accounting-oriented technologies – in the near future. Furthermore, over a third of respondents in that same poll state that using innovations like RPA to increase efficiency and internal controls is their top priority.

As it stands, RPA will likely first take root as a supporting mechanism for existing employees to automate many of the more mundane and repetitive tasks, increasing data accuracy while minimizing system susceptibilities to human error. Similarly, RPA will also allow humans to take on more meaningful, complex tasks that are dependent on critical thinking and complicated analysis. To that point, another recent study found that 67% of large global organizations expect to automate many of their financial tasks over the next handful of years. Such tasks – including more traditional financial components like transaction processing, control and risk management, reporting, analytics, and forecasting – will be reconfigured to become a source of tremendous insight for a business, primarily around three primary functions:

The true analytical wizards that every successful organization relies upon are responsible for so much more than merely analyzing financials. Rather, they isolate trends in product, customer, project, and expense data to explore real-time information and better understand its potential impact on operations and decision-making of all regards. By integrating RPA into existing systems, these financial wizards will no longer have to rely on other finance professionals to equip them with the necessary data to drive their financial exploration.

Cross-functionality is a critical component to companies that rely on significant levels of efficiency and agility to enhance communication and performance across different employees, customers, and suppliers. In fact, according to another recent study, over 80% of traditional, finance-oriented services will be performed by cross-functional teams within an organization. RPA will help these teams bundle accounting and transactional processes with duties from other business areas and departments that historically have been the exclusive domain of finance.

3. Centers for Communications and Control

To further enhance agility and efficiency, RPA will be used to assist these centers in consolidating basic responsibilities of a traditional finance department – including compliance, statutory accounting, taxes, treasury, and investor relations. From a broader perspective, they will focus on control, compliance, communications, and risk management to align specialized teams around highly streamlined processes and procedures, infusing a nimble, immediate, and cost-efficient solution set that will ultimately boost all facets of operations.

RPA Won't Steal Your Job and Leave You Destitute

While the actual impact of Robotic Process Automation on the accounting workforce is obviously yet to be seen, it likely won't have a significant impact on headcounts. Whether or not there is any negative effect at all doesn't change the fact that robo-accountants are not – and never will be – actual accountants. As powerful as RPA will likely be in providing extremely useful digital solutions, robots will never be able to replicate the human connections, emotions, intuition, and motivation, and most importantly, knowledgeable judgment  that can connect and galvanize a workforce for a common cause or lead to valuable decision making.

Simply put, accountants should not fear the coming wave of automation but, instead, embrace it for what it is – an influx of useful, insightful tools to enhance strategic thinking within accounting departments and teams. Likewise, as machines effectively take over the more traditional, even arduous aspects of work, they free people to become more creative, productive, and engaged in their projects and organizations. The true benefits of a highly skilled and knowledgeable accountant lie in nuanced thinking that is only diluted and weighed down by the responsibilities RPA can readily absorb.

Extending this concept, RPA could very well create far more jobs than it replaces, perhaps just not aligning with current industry perspectives and expectations. Looking at the significant evolution that has occurred just within the last decade or two as an indicator, the manner in which an accountant performs their job today is quite different from what it was 10 years ago. RPA will most likely extend that sense of streamlining innovation, transforming accountants from reporting facilitators to managers and partners that will help guide strategic decisions.

Human beings are hardwired to fear change. This instinct is what kept us safe as hunters and gatherers when storm clouds formed on the horizon or the landscape was suddenly hushed with a deathly silence. However, your friends at Embark are here to tell you that RPA is in no way analogous to a caveman being devoured by a saber-toothed tiger or drowning in a flash flood. Likewise, no matter how many dour and depressing movies you watch featuring humanity being crushed – both literally and figuratively – by an onslaught of soulless robots, you have nothing to fear over RPA. In fact, assuming the technology evolves as we think it will, don't be surprised to find yourself with a new, binary-based workplace BFF at some point in the near future. 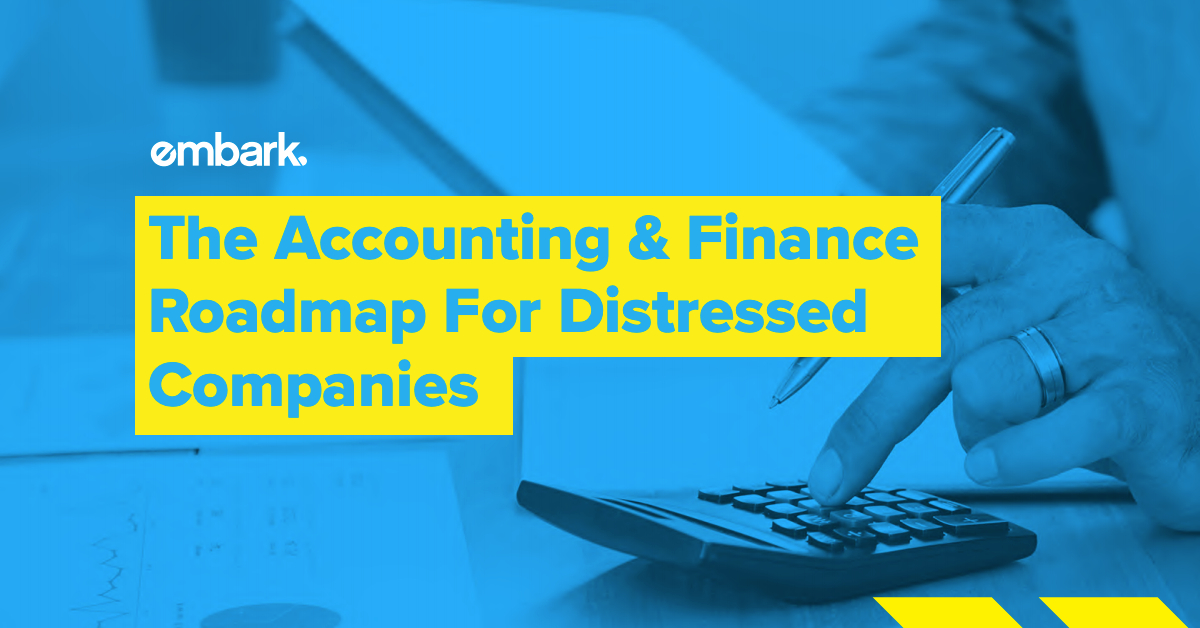 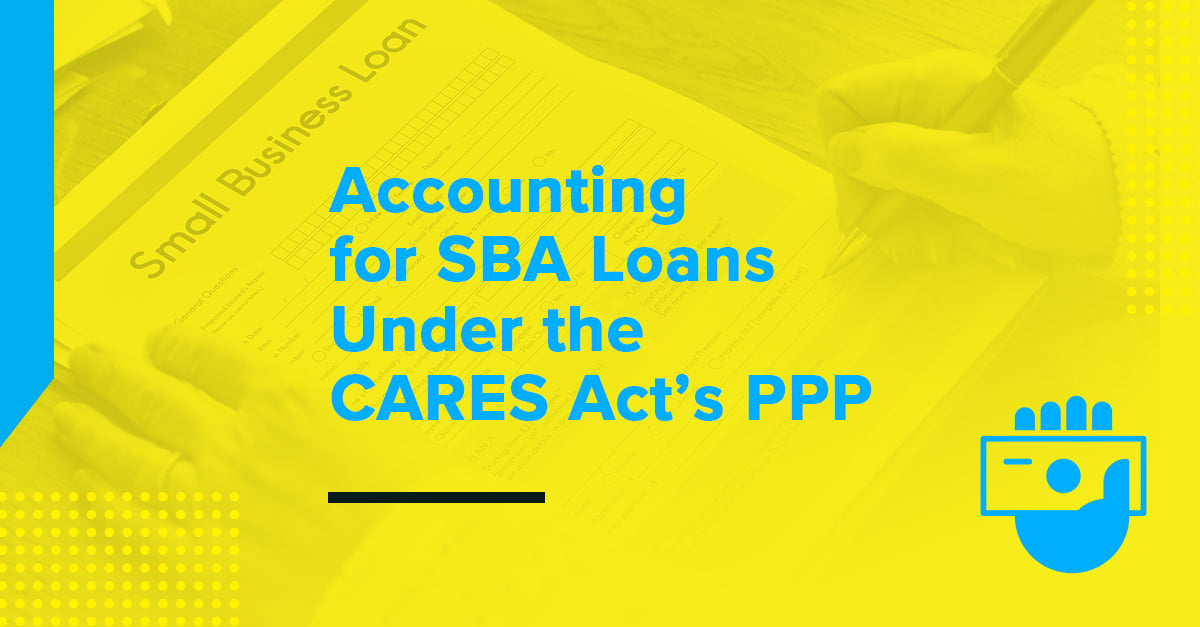 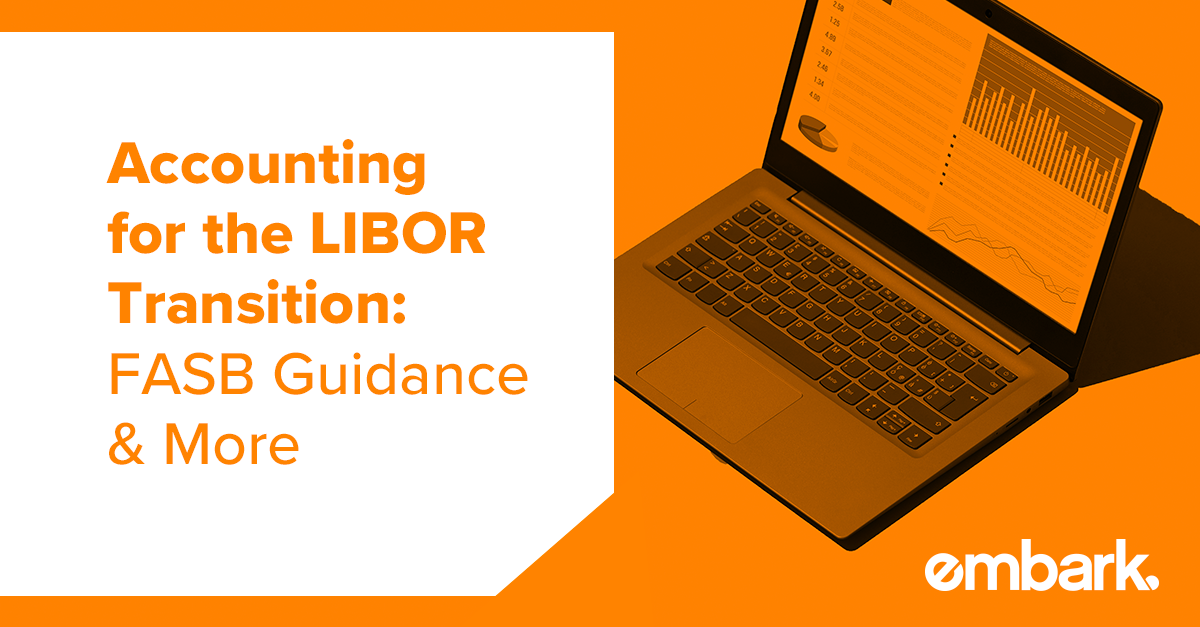